Why companies need to track and analyze Kubernetes costs 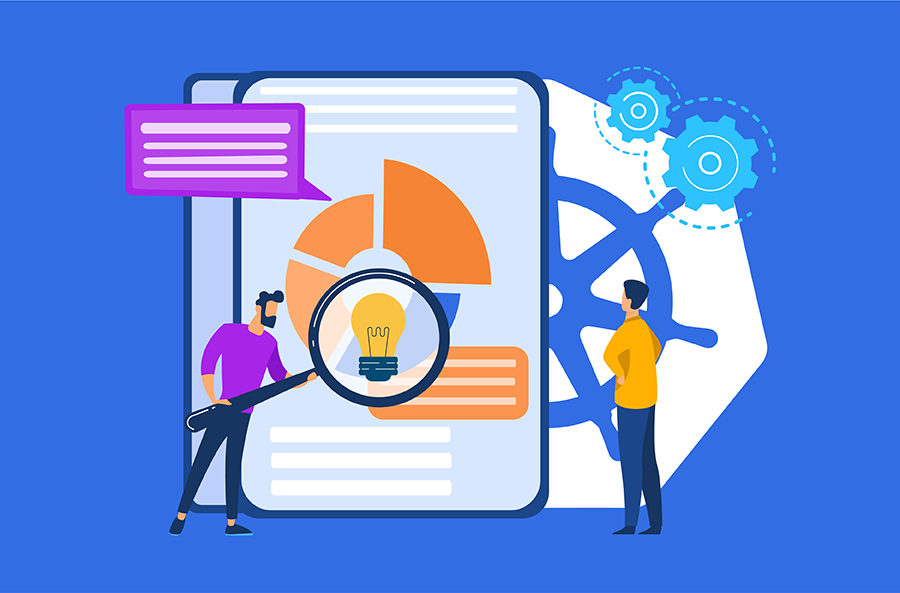 There are two main approaches to virtualization: virtual machines (VMs) and virtual containers, each with its own advantages and disadvantages. In the first case, every machine uses its guest OS, which gives an opportunity to create heterogeneous computing environments on one physical server. Virtual containers, in turn, instead of an OS only have a user environment, which makes it possible to create only homogeneous computing environments.

However, since virtual machines include an operating system, they can be as high as several gigabytes in size – that substantially limits their usefulness in today’s agile world. Another disadvantage of virtual machines is that it takes much more time to load the OS and its applications.

Containers are lighter and are generally measured in megabytes; and, what’s more important, they are easier to scale and deploy applications. This creates an entirely new infrastructure ecosystem, which means new challenges and complexities. IT companies, both large corporations and start-ups, deploy thousands of container instances every day and thus must somehow manage this overwhelming amount.

Kubernetes, a container orchestration platform for deploying, scaling, and managing containerized applications, was designed as a solution to this problem. Over time, K8s has essentially become the industry standard platform and the flagship project of the Cloud Native Computing Foundation, supported by market leaders: Google, Amazon, Microsoft, IBM, Alibaba Cloud and many others.

Kubernetes gained popularity for several advantages, among which the following are of particular note: it’s scalable, cost-efficient and cloud-agnostic. However, there are certain drawbacks to using containerized tools; one of them is the complexity of cloud costs tracking and finance management. In this article, we’re going to describe to you how to address this issue, and why it is important to not overlook it.

Before the widespread adoption of containerization technology, cloud resource allocation and cloud usage optimization was much easier. All that was required in this case was the attribution of specific resources to a specific project or department. It won’t be difficult for a FinOps team – if they are part of your IT team – to come up with a cloud cost breakdown and put together a cloud cost optimization strategy. If you would like to learn more about the role of FinOps and what potential benefits it can provide to business, please refer to this article.

Unfortunately, this approach is absolutely inapplicable for containerization tools in general and Kubernetes in particular. What is the reason why Kubernetes cost is so difficult to define and analyze?

The difficulty in tracking Kubernetes costs stems from its architecture. At the core of Kubernetes, there is a cluster that consists of numerous virtual (or physical) machines – nodes. On those nodes, containers are deployed and launched – they actually contain various applications.

Now let’s say that several departments in your company are working on various applications that run inside containers and, as it happens, share common Kubernetes clusters. It is almost impossible to determine which of the launched applications uses which part of the resources of which clusters, because each of the applications is launched on several containers at the same time. While calculating the cost of one container is possible and not too difficult in itself, it still takes infrastructure and time, and the complexity grows in proportion to the number of containers used.

Until now, we considered the situation within the frame of one cloud. But what if your company, like most modern IT organizations today, uses the multicloud. In this case, cost monitoring will grow many times over — each of the clouds within this multicloud can have a different service provider, take on only a part of the total workload because Kubernetes can work with AWS, Microsoft Azure, Google Cloud Platform, Alibaba Cloud and many others.

In addition, the resource intensity of each of your applications can change over time, which imposes additional difficulties in calculating costs. So, the easy-to-use VPA (Vertical Pod Autoscaler) and HPA (Horizontal Pod Autoscaler) tools, which, respectively, automatically adjust the limit on the number of requests to a single container and the number of containers used, become additional hard-to-factor variables when trying to track and manage current Kubernetes costs and, of course, predict future costs.

Another problem is that a container’s lifespan is just one day, and functions being run on Kubernetes – down to minutes or even seconds. Again, such dynamism is a definite plus from the point of view of an IT engineer, but it becomes a headache when it comes to cost tracking and management.

All of the above is the flip side of the containerization tools, a price to pay for the extraordinary convenience, flexibility, and agility that Kubernetes brings. Despite the fact that the infrastructure built in this way has a high potential for automatic optimization, the lack of sufficient cost control can nevertheless lead to sad consequences, and, first of all, let the cloud bill spiral out of control.

Why can this happen? For many IT teams, productivity and delivery speed are often prioritized over budget. In this case, the latter may suffer due to unforeseen expenses. This problem cannot be solved by a one-time intervention in the IT department, because technicians will still continue to prioritize high-performance applications and code over expenses.

The autoscaling tools discussed in the previous section are not only a hard-to-factor variable from the point of view of Kubernetes costs control but also a potential time bomb planted under your company’s budget if scaling policies are left to chance. If scaling limits are not set correctly or potentially dangerous corner cases are not taken into account, this can result in drastic upscaling that will cause a dramatic increase in costs.

How to track and manage Kubernetes costs

As we already said, it’s very difficult to track and manage Kubernetes costs, but there are still numerous techniques that can help you analyze Kubernetes costs – and eventually take them under control.

Most probably, you’re familiar with cloud resource tagging. When it comes to Kubernetes, the so-called labels are used instead of tags. If you and your engineers take care of the labeling of the resources used, it will greatly facilitate their search and identification in the future. It is important to be smart about this process so that you can later break down your resources by various relevant parameters. Successful implementation of such a strategy will require the active participation of all IT team members; otherwise, this initially good idea can lead to even more confusion.

Visualization by means of Prometheus

Open-source monitoring systems like Prometheus can be great help in visualizing your costs. And competent visualization, in turn, is a giant leap on the way to competent analysis.

Proper use of autoscaling

Autoscaling is a killer feature of Kubernetes, and with the help of it, one can easily manage workloads. We already mentioned two of them – Vertical Pod Autoscaler and Horizontal Pod Autoscaler, but there are actually two more available: Kubernetes Event-Driven Autoscaler, and Cluster Autoscaler, where the former manages the scaling of any container in Kubernetes based on the number of events needing to be processed, while the latter deals with autoscaling on the cluster and node level. That said, it’s quite a challenge to make them work together properly – not only should you stick to the numerous best practices, but also fine-tune the settings based on your scenarios.

The cost of Kubernetes directly depends on how well the cloud instances are selected. It is important to ensure that Kubernetes pods’ resource consumption matches the amount of allocated memory and compute resources of the instance, regardless of which cloud provider is used.

Under-utilized and unused resources are one of the first items to look for direct losses and room for optimization. As we already said, IT specialists prefer performance over resource optimization, so they tend to overuse resources. Despite the tempting prospect to immediately abandon all idle capacities, this must be done wisely, so as not to exclude anything that turns out to be important – the next point follows from this.

FinOps, already mentioned in the article, can help in solving several problems at once. Firstly, it will pass more responsibility to technical specialists for the financial performance of the company as a whole, and its spending on cloud resources in particular. Secondly, it can become the missing link that can monitor and manage Kubernetes costs on a daily basis so that the scaling of the resources used occurs when it is really needed.

Stay up to date with FinOps

Enter your email to be notified about news, insights & best practices

Thank you for joining us!

We hope you'll find it usefull

© Copyright 2022 FinOps in Practice. All Rights Reserved
Join us